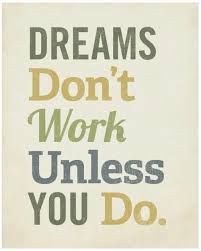 So day 20 of resolutions, 2 days before my 42nd birthday. I ran 5 miles today, submitted my first 5000 word short story to my critique group, and did the 4 hour body diet all day and am down to 201 pounds. I am sure you are already rolling your eyes at my bragging, but the real reason I share so openly is because that’s just who I have always been.  I think its part of being a writer. We share. Probably share too much (as my wife can attest), but it comes naturally to us.  If you are unfortunate enough to be my friend on social media, I am sure you have seen my barrage of shared posts on inspiration and articles I find interesting.  You may also notice that I don’t post many status updates anymore.

There was a time, it was natural for me to share every single thought and emotion that came to mind. I was addicted to seeing my words come alive, but it became apparent that all I was doing was annoying some, while others tolerated me and friends found it kinda funny. So instead of just putting words down, I began to pick up the phone (not texting) to call friends and family or spending the end of the day talking to my wife about what was going on.  It was simple, but not easy. Facebook and Twitter, on the other hand, just require you post instantaneously, and while sometimes that’s fine, it can also not be the best representation of who you are really.

So I resolve to keep writing, and keep sharing things that move me, but I also intend on nurturing my relationships rather than social media.

I don’t know when it began. This love of indian music, food, language and religion. I have always accepted it, but recently there has been a disturbing trend that I keep seeing and hearing that just doesn’t make sense to me. When did it become OK to bash people who are from India?  Either calling them IT guys or wondering if they can speak English?  When did it become OK to look down on them?  What is it about other Desis that makes us so uncomfortable?  I just don’t get it.

OK, so the accents are funny sometimes, and dress sometimes more so, but as someone who spent 15 years in Little India. I don’t get the attitude that somehow because some of us speak English without an accent or dont watch bollywood or dont listen to desi music, that somehow we are better. But yet, most of our friends are desi. Just no desi music.  Just brown skin, please.  But nothing brown inside us.

Maybe I just don’t get LA anymore. Maybe, things have changed. The things that excite me like UK Bhangra, and hindi remixes or Asian Underground don’t matter anymore. Sure, Bollywood seems bigger, and seems to have incorporated a lot of the stuff that was clubby and underground before, but there is a large segment of us who just look down on anything appearing to be our motherland (yea I said it).

As if our parents language doesnt matter. As if our heritage, culture, music is something to be ignored, put down or disgusted by. I just don’t get it. Maybe I am just old. Maybe I am so out of the scene that what they say makes sense.  The thing is, they said the same thing to me 10 years ago. The scene is dead. LA sucks.  No one goes to parties.  Blah, blah, blah.

For me, desi music will always matter, and if I like something, and if I have the power to do something about it, I will it.  So hopefully, I will see you at the next event or maybe the one after. Maybe, just maybe, I am right.

And so begins the first full week of 2014.  There is so much I have reflected on for 2013, but a few things that struck me as surprising. I decided to start promoting again. And the reaction was confusing.  There were some who were excited, and then there were others (namely my family) who were like why?  Why do you want to start doing events again?  a) You have a job. b) Aren’t you a bit too old to be promoting. c) The scene is dead.  No one does parties anymore. d) Aren’t you too old?  And then was New Years. Although the event was not as successful as I would have liked, it convinced me of one thing. There is a need for desi events, but not for all desis. There were some there who were absolutely miserable, and then the majority who had a blast. So why do desi events?  Became I am a fan of desi music. I am not a FOB (well maybe I am), but I am a fan of music from my country. If that is a badge of disgrace, then so be it. I am doing events to bring the groups and producers I enjoy. It’s my party. and that’s what I want to do. So if you don’t like Panjabi MC or Mickey Singh or Jassi Sidhu or Dhol Nation or Sandeep Kumar, then maybe, just maybe, you have no love for great music made by our own. And you know what, that’s OK.  Just don’t tell me I shouldn’t be promoting. Because it’s easy to criticize, but extremely hard to do.

See you at the next event, or not. I don’t plan on stopping. Somebody needs to save the desi club scene in Los Angeles. Why not me?