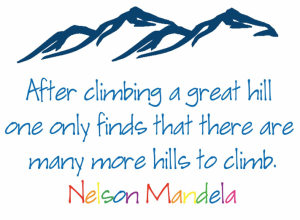 As 2020 closes in, I have been eager to review my year,  figure out what worked, what didn’t and hit the ground running. This past weekend, I managed to devote a few hours to reviewing my planner and my 2019 notebook, and I can say there was a lot of things I learned about myself, and see areas to focus on for the coming year.  The list isn’t comprehensive, but it is stuff that stood out for me.  It is also not to humble brag, but to keep myself on track and accountable.

Yet, when I look at the list, I see so much more possibility for 2020. So much to still learn, grow from, so much more I could accomplish. I noticed that around October is when I ran out of juice and stopped posting updates in my planner. I did increase my note taking in the notebook, and I also faithfully updated my top weekly and monthly goals in a Google sheet I shared with 3 other people on a regular basis.  I also noted that I didn’t add too many personal things in my planner or notebook. Either it didn’t happen, or I didn’t give it the importance it deserves. There is also my nagging habit of being annoyed at things that I cannot control or being in judgement of others and their quirks. Too often, I am quick to assume or judge rather than taking the time to see the person in their light and not my experience. That changes in the coming year. 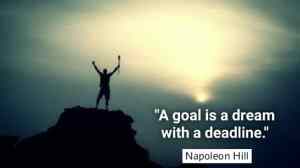 For 2020, I plan to focus in 3 major areas: Health, Law Practice and Relationships. To that end, I envision doing the following:

It might seem foolish or even egotistical to make so many goals but I truly believe in the quote “A goal is a dream with a deadline.”  Happy New Year and I look forward to my journey in 2020!

As I stepped out to the pavement, a nervousness gripped me. Was I really going to run for two hours? I don’t feel like running at all. I didnt even warm up!  I started off slow, each step felt heavy, but I pushed on. The hard pavement seemed to push back each time my heel touched it as if fighting me each step of the way. I also knew the first mile was always the hardest as the body warmed up, but due to timing this week I would only manage only one run instead of usually two 45 minute runs and an additional long run in which I add 15 minutes each week.  This was my marathon plan, but today it felt like a plan to fail. As I rounded my neighborhood block and closed into my home, I knew I’d hit  bit over 2 miles in 27 minutes. My heart sank as it meant I was running well below my 12 minute mile pace (slow still but for me, fast), and I slowed to a walk as my thoughts bombarded me.

Fuck this. I will just run another time. I don’t feel good. I didn’t run at all this week. I don’t want to do this anymore.

For five minutes that went on as I walked on and then my heart beats slowed, and I realized that it was that thinking that stopped me from running the entire week so I began running again, and didn’t stop until the two hours passed and I got to 9 miles. It hit me that my running represented a lot of my life. Too often, I did give up when I convinced myself of not doing something, yet more and more, this year I did get back into certain things and started them up. I had a choice to make, and I learned to ignore the negativity. Not always, but way more often than before, and because of that I had so much to show for 2019.

I wonder now if I just continued on everything I had started, how the year would have looked, but that’s the thing also, not everything I began needed to be finished or perhaps not in that moment. It also gives me hope and motivation for the year ahead. So I look forward to running more, not just the actual act, but in my life as well. 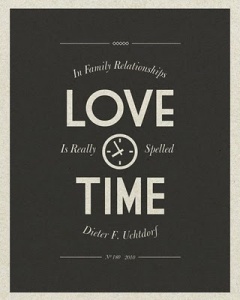 As the dark becomes whole today, the glow inside me feels like it could light up the day. I had forgotten the joy that comes from spending the day with a being who has just into her second year of life. Living the day through her eyes not only meant seeing everything and everyone as joyful, but also as a treat to behold.  A simple thing like a key brought out giggles, and running through the aisles of a department store meant endless fun.

The day not only shot by, but brought up so much for me. I have been truly blessed to have so many amazing nephews and nieces, and now to be in that environment again just reminds me how lucky my life has been. It’s easy to lose sight of that when we lose people or things come to fruition as planned.  Easy to dwell on the negative and the what if’s or waste time wanting to be right. Instead, today I got to be around a human being whose whole world was about joy and curiosity.

As she held my hand with her tiny fingers, a jolt of past memories as well as present joy coursed through me. Instead of a muggy monday where I bemoaned work. I indulged in laughter, and entertaining another who just seemed happy to be here. Today, that was an important lesson for me to learn.

2019 was a year of exploration and getting used to being uncomfortable. Along with some false starts, and taking on more projects that I could handle, I learned that being busy all the time not only does not serve me, it detracts from my quality of life. As the year approaches to a close, I am grateful for all the learning, and now it’s time to put that knowledge to use in 2020. My three overriding goals for 2020 are: 1. Relationships 2. Health 3. Law Practice (in that order of importance).  I get to continually ask if the things that I am doing serve those purposes.  It’s easy to try new, shiny things, but if all I do is jump from one exciting to another, when will I actually execute to success that things that support my progress.

So 2020 is about simplicity, about focus, about being uncomfortable in these three areas rather than all areas of my life. So why these 3 things?  Because they are what bring me joy and fear and accountability. All three allow growth, depth, and learning. All three push me to be the best version of myself. All three get me to be a better Sanjay.  Yet, there is also a growing nervousness in  me that even with three areas, I may be doing too much. Or not enough. Or worse; fail at all three.

So I am looking for tools, people and resources that best support me. What are some of yours?  I would love to know. 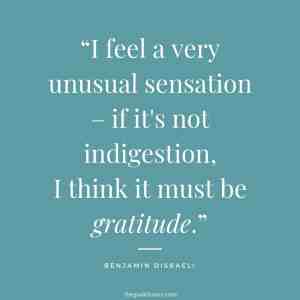 I am often amazed at how blessed I am when I take the time to count my blessings. From loving in laws to an amazing close knit family to decades long friendships, it astonishes me how rich I am. Yet, there are many days where I choose to feel alone rather than seek support, and yet somehow, my loved ones always seem to know. Someone will always reach out even when, as usual, I don’t seek them. I realize now that just as I notice when someone close to me is acting out of character, there are others who do the same for me.

These past few days have been amazing in the sense of being able to see how much love I am surrounded by.  Yet (there is a always a yet), there are times when I feel alone, don’t wish to be bothered or bother others with my issues, and it is precisely then when someone shows up (the list is exhaustive), and yet again I am not allowed to wallow. Are there are down days? Yes. But continuous days with no one checking in? Never. It is a lesson I keep forgetting because truth be told, it is easier sometimes to feel sorry for myself, to want to give up, to not do what I promised, to just wallow in the shit.