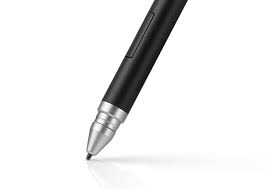 Tomorrow is Tejpal’s 3rd death anniversary. He has been on my mind for a few weeks now.  In a clinical sense, he is my brother in law‘s oldest brother, but in my life he has been a mentor, an older brother, and someone who really got my need to be writing and get things done creatively. I still cannot forget when he stayed up night after night designing my high school magazine Stylus which ended winning us one of the most prestigious awards for high school magazines.  I still smile at the many nights we would sit together and we would bounce ideas back and forth. He read most that I wrote till I graduated from law school.  He ended up being one of the few people in my life who was intimately involved in my writing.  Most times I write, I cannot help feeling his shadow across my thoughts, and I miss him terribly. All of this sounds so selfish in a way because he was more than just a mentor. He was a great father and brother. If there was anyone I knew close to perfection in compassion and care, I wouldn’t hesitate to say his name.

Dearest Tejpal.  I’d like to think that he is at peace, and as hard his sudden departure from this world was, he was genuinely the kindest, most generous human being I had met in my life.  Sure, I still saw him monthly after college and law school, but what never changed was how warm he made me feel. I am sure he probably wondered where I disappeared to and perhaps my only regret is that I never really got a chance to tell him how much he meant to me. I am sure he knows it, and I liked to think that he knew how much he influenced me.  So much of me wishes that I was deeper and better at expressing him.  I feel him by my side just smiling with his gentle hand on my back.  So even though the words will never be adequate, I grasp this stylus tightly and  write for the one of the few who inspired me.